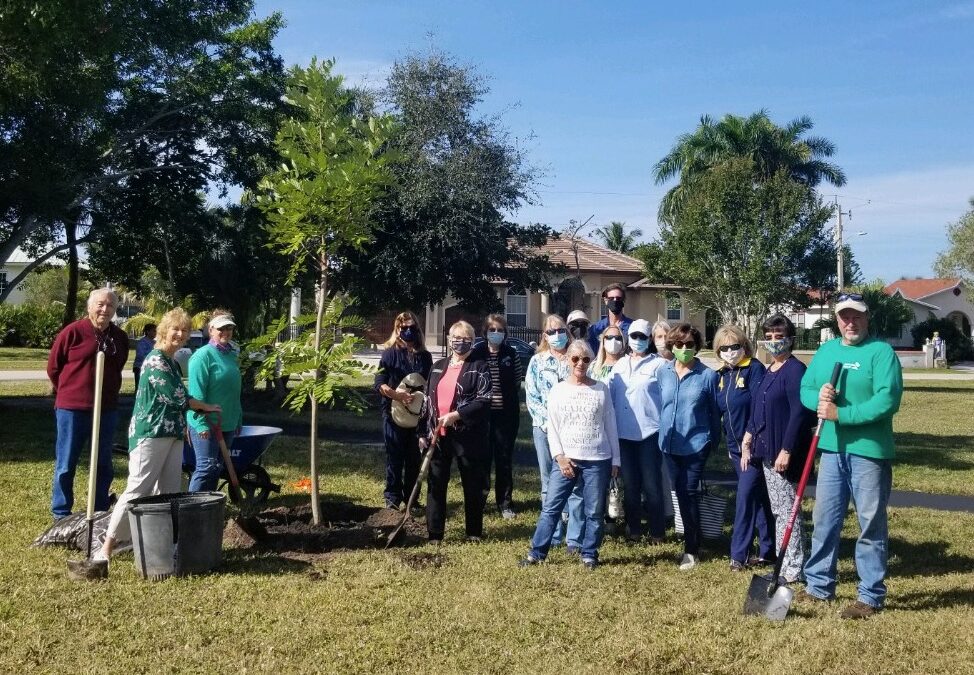 Friday’s planting of two native trees, a paradise tree and a Jamaican dogwood tree, continued the tradition revived in 2019 by Linda Colombo, then president of Calusa Garden Club, to plant native trees in Leigh Plummer Park.  This is the third year the Club has donated and planted trees in the park, with the assistance of Marco Island Parks and Recreation supervisor Martha Montgomery and Marco Island Landscape Maintenance supervisor Steve Pawlawski.  Without the City of Marco Island’s work to move irrigation drip lines to new trees, the trees would not survive.

Eryk Jadaszewski, owner of Everglades Native Designs, LLC, donated his efforts and expertise to plant the two new trees.  Jadaszewski also recommended the paradise tree and the Jamaican dogwood tree as the appropriate trees for the Park, based on his knowledge of Florida native plants.