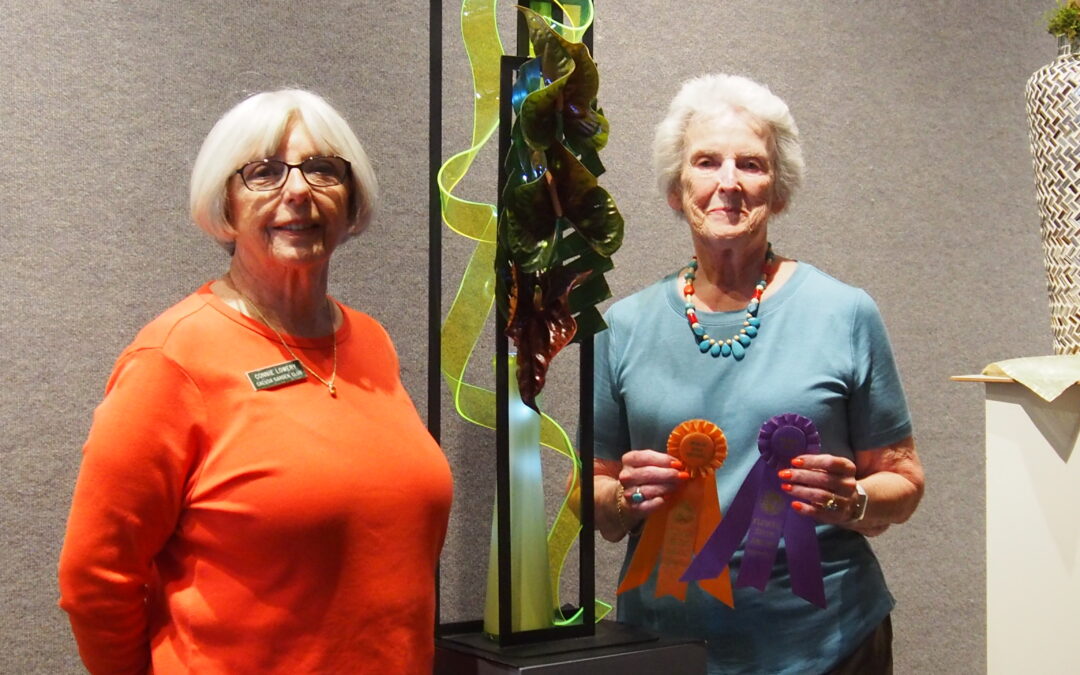 Calusa Garden Club of Marco Island presented its standard flower show titled “Art, Flowers and Anniversaries” on Saturday, March 7 and Sunday, March 8 at Marco Island Center for the Arts.  Chairman of the show Connie Lowery chose the title of the flower show to honor Marco Island Center for the Arts’ 50th anniversary year of 2020, and one of the categories of exhibits was an invitation to an anniversary celebration decorated with dried plant material.  The flower show was presented according to standards set by National Garden Clubs, Inc., and featured floral designs; horticultural exhibits including potted plants, cuttings from garden plants, terrariums, and dish gardens; an educational exhibit on burrowing owls; a Junior Gardeners exhibit; photography; and botanical arts and crafts.

In addition to first, second and third place ribbons for each of the over 50 categories, the flower show judges awarded overall rosettes for excellence for groups of categories, including the Award of Horticultural Excellence award that was given to Dale DeFeo for her container-grown succulent display of echeveria varieties.  First place winner in the floral design category called “Light Them Up” which featured miniature lights as part of the design was Kathleen Hawryluk, who also was awarded the Designer’ Choice rosette and the Design Excellence Award (the “best in show” among all the floral designs).  Hawryluk is pictured with Connie Lowery, Chairperson of the Flower Show and her award-winning floral design.  Janet Watson exhibited a beautiful fascinator in the Botanical Arts and Crafts division, and won both a first place ribbon and the Botanical Arts Artistic Crafts Award rosette.  Janet is pictured with her fascinator that features live succulent plants.